It’s been a while. Here is a brief update from the last week. So much to remember, not enough memory in my tired brain.

Our last group left of Thursday morning. All in all, it was a good week. The group was wonderful. Great leaders and great youth. We enjoyed them all.

Lots of hard work on the construction site. Ok, let me amend that: lots of hard work by others on the construction site. Having messed up my neck a couple days before the group came, added to my back problems, I spent a lot of time on the sidelines. I, occasionally, found myself in an empty bucket line or two. For many of the days, however, I did have the very important job of photographer. Once I found myself with 12 cameras attached to both arms and around my neck. Trying to remember whose camera belonged to whom was somewhat headache inducing.

(Didn’t know Moses was working for FFP, did you?)

Beach day was an interesting one. The drive was way too long and, when we arrived, we almost immediately had three people come out of the water with sea urchin pokies (I don’t know the actual term) stuck in them. Firefighter/EMT, Craig, and I did our best to pull them out with our nails and then safety pins, but it was not all that successful. Later that night we went to the Haitian Christian Mission clinic to have the doctor there pull out the remaining spikes. The “victims” were warriors with the doctor administering lidocaine shots and scalpel-ing. (Regina…not so much…? Just kidding…kind of.) 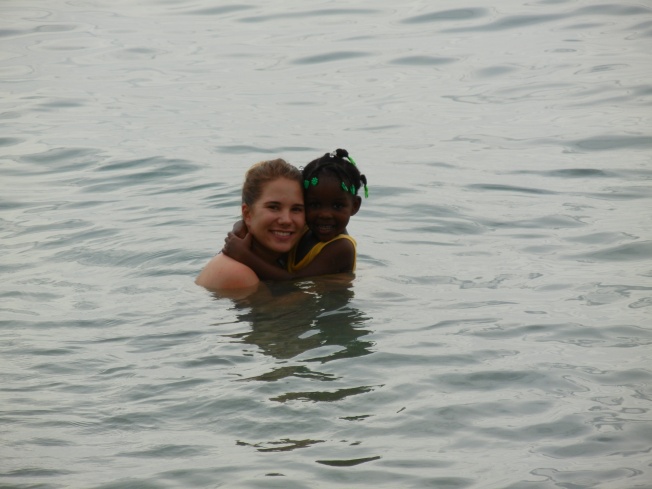 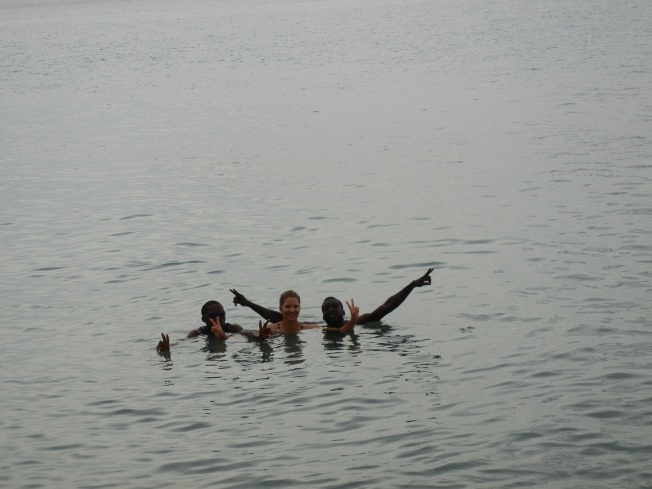 Instead of doing a medical clinic with this group (because our medicationss were confiscated at the border and have not yet been released,) we opted for hygiene kit and PUR water purification tablet distributions. We hiked about 6 kilometers (just under 4 miles) one way under the hot Haitian sun to reach the town of Balan. Once we arrived, we probably walked another 2 miles going house to house. The group members were very good with the Creole phrases we taught them. After the PUR demonstration and distribution at a central location, we hiked the 6 kilometers back. Man…I am out of shape. My heart rate was a little too high for just walking. 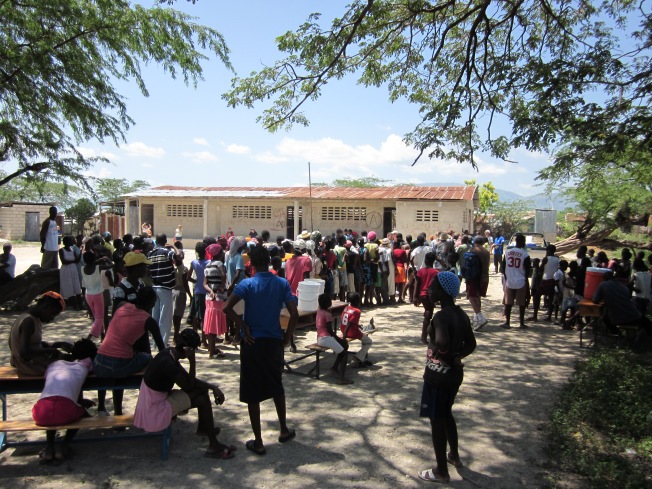 After the Balan work, we hit the soccer field. The Haitian team is intense! It’s no joke! I was itching to play, but I took the advice of others and sat it out for the sake of my neck and back. Instead, I had the honor of being COACH. I stood on the sidelines and shouted advice and other things like “I don’t see any passion out there!!” I even got to draw out a play in the dirt with my finger! I don’t think I was all that encouraging…but tough love, baby. I also had to figure out the player substitutions, which is much harder than it sounds. We only lost 3-0 thanks to our awesome goal keeper, Wesley. (I say “only” because we are often slaughtered.)

(VBS…short bus Andrea who colored a picture for “mom” Regina) 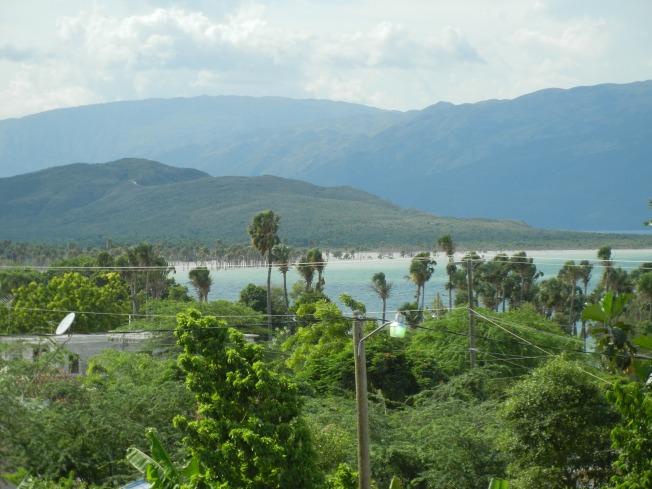 (View from the hotel)

So, now we have a few days until the next group comes on Wednesday. We’re trying to get the house here ready to receive them. I just folded and packed a couple hundred Foundation for Peace t-shirts in an attempt to clean out the main living space. We have a lot of work to do in the next couple days and we will be receiving a new intern on Monday. I’m really tired in every way.

Liz, Regina, and I have had a couple movie nights and game breaks and a lot of laughs to retain our sanity. I have to say, I’m really going to miss these guys when I go. They’re a blast to work with.

So long for now.